Poaching is an illegal activity because it threatens the continued existence of some of the world’s most endangered animals. Despite its illegality, the poaching industry is lucrative in Africa, and participants find ways to circumvent laws to produce or purchase goods from poached wildlife. Anti-poaching organizations like VETPAW work diligently to protect endangered animals’ lives and put an end to poaching. 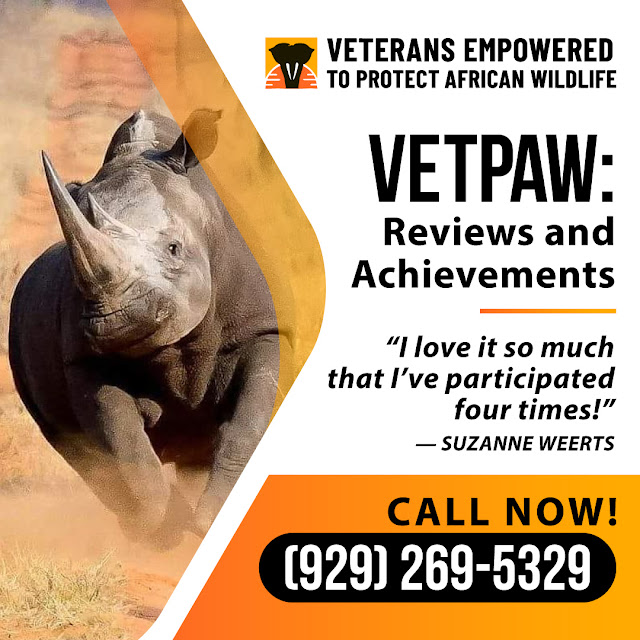 VETPAW is one of the leading nonprofit anti-poaching organizations in the world. VETPAW reviews provide a glimpse into how the group works and the achievements they have made. To learn more about their impressive anti-poaching efforts, consult the overview below.

Elephant tusks and rhino horns are highly sought after on the black market, creating a multi-billion dollar industry that does more harm than good. At the beginning of the 20th century, there was an excess of 10 million wild elephants in Africa, but today, there are less than 500,000.

VETPAW founders saw how poaching affected the wildlife population in Africa, so they created their organization to empower local park rangers and combat poaching to preserve the lives of local endangered animals such as the white rhino, black rhino, and elephant. The group consists of post 9/11 United States veterans who dedicate themselves to protect African wildlife.

What Type of Work Does VETPAW Conduct?

Most of the work VETPAW conducts is in Africa, where poaching has been a persistent problem for over a century. Workers ingrain themselves into the community to educate residents about the dangers of poaching and the benefits of wildlife conservation. The preservation of endangered animals depends on educating people about the dangers of poaching and animal extinction while forming a collaborative effort, so VETPAW workers take the time to get directly involved in the communities they serve to produce long-term results.

Part of their community involvement is park ranger training. Because the VETPAW team consists of veterans with combat experience, they have unique skill sets that rangers can learn from strengthening their wildlife protection efforts. They pass along aspects of their military training and knowledge to prepare rangers for the hard work they will encounter on the park reserve, including handling poachers.

Because VETPAW is a nonprofit, donations play a significant role in their anti-poaching work. To date, the group has funded 360 projects with the help of 708 donors. VETPAW  is currently fundraising for Operation Rhino Rise to increase the black rhino population. 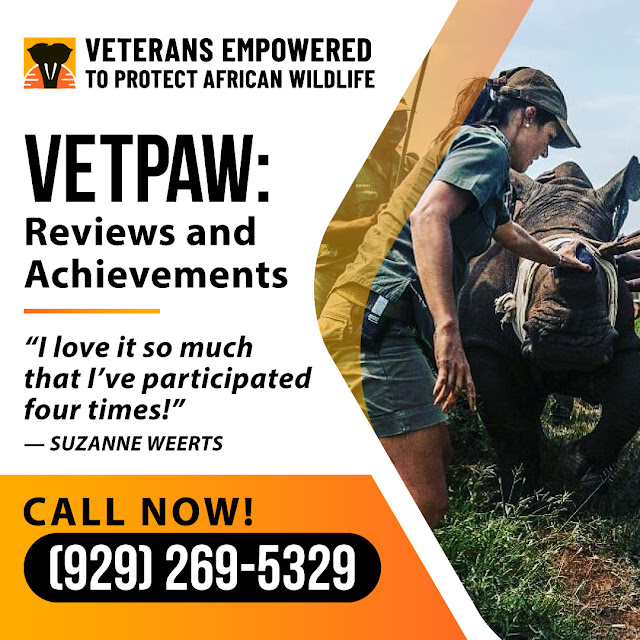 What Are People Saying About VETPAW?

VETPAW reviews are mainly positive. Most people appreciate Ryan Tate, VETPAW founder, and president, for his commitment to work with post 9/11 veterans and wildlife conservation. Donors and members of the public commended the group’s professionalism and dedication to their cause.

VETPAW remains on the ground in Africa, fighting against poachers. These US veterans are committed to using their combat skills and training to enhance anti-poaching efforts in the country. To donate to their cause and help protect endangered animals, follow them on social media or send your donation to VETPAW at 41 Madison Ave, Suite 3100 New York, NY 10010.