What You Need to Know About VETPAW’s Operation Rhino Rise All nonprofits rely on the generosity of donors and the public to fund their efforts and fulfill goals. VETPAW is no different. The group, which consists of post 9/11 US veterans, partners with South African park rangers and law enforcement to protect endangered wildlife from poachers. 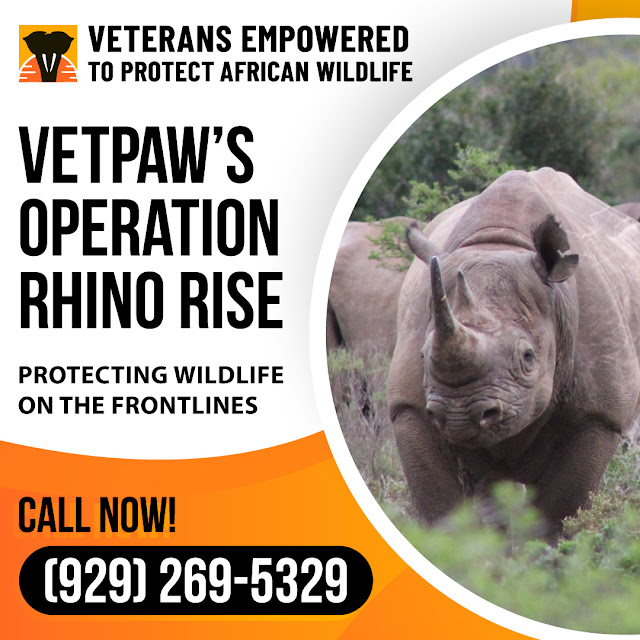 VETPAW thrives because of others’ contributions and its members’ hard work protecting rhinos and elephants. The organization’s members use donations to train park rangers, actively preserve endangered animals, and keep poachers off game reserves and out of parks. VETPAW is currently running a campaign called Operation Rhino Rise to increase its conservation efforts.

To learn more about VETPAW charity ratings and it’s new operation for 2020-2021, consider the helpful details below.

VETPAW believes in financial transparency. As a registered 501(c)(3) nonprofit, they rely on donations to fulfill their missions, but all contributions to their cause are tax-deductible as charity donations. All monies VETPAW receives goes toward:

One of the animals under VETPAW’s protection is the black rhino. Today, this species is critically endangered because there are only about 5,600 left, double the number of wild black rhinos from 20 years ago, thanks to previous conservation efforts.

These animals are some of the oldest mammals alive. They play a significant role in ecotourism, which brings money to impoverished African communities from tourists who want to see rhinos in their natural habitat.

Poaching and illegal wildlife trading is the primary cause for the species’ decline in numbers. The black rhino’s two horns are popular materials on the black market, which many people buy for their alleged medical properties or as trophies for high social status. The promise of money can be tempting for people living in impoverished areas, further increasing rhino poaching.

Despite previous conservation campaigns, the number of black rhinos and other endangered species is still too low. VETPAW uses its donations to protect the lives of rhinos, elephants, cheetahs, and pangolins. Operation Rhino Rise will continue this endeavor.

The mission focuses on repopulating endangered wildlife while reserving their current numbers. To date, VETPAW has relocated 18 black rhinos to a protected territory on private land. Operation Rhino Rise will bring an additional 82 rhinos into the region by 2022 through natural breeding and relocation.

All donations to Operation Rhino Rise will help provide 24-hour protection to elephants and rhinos. Not only will the effort ensure these animals have a safe, natural habitat, but their growing population will also provide a much-needed stream of income from tourism to communities around the reserve. 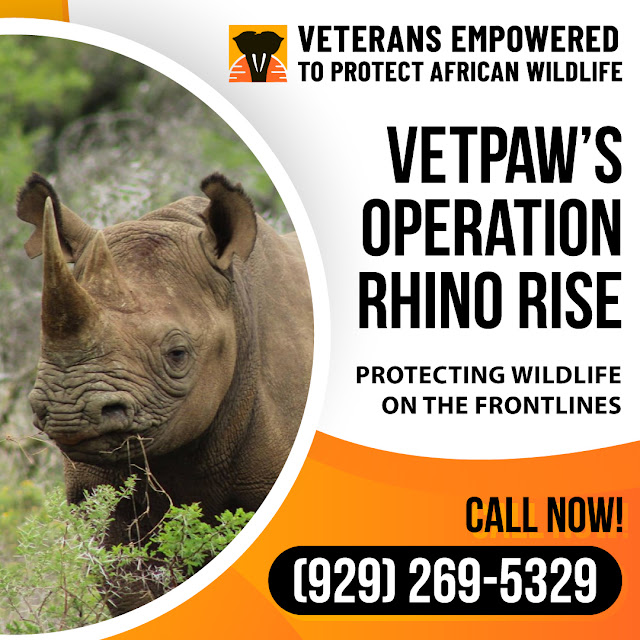 The safety and preservation of Africa’s endangered animals are VETPAW’s top priority. In addition to training park rangers to keep poachers out of their territory, the group also raises money through programs like Operation Rhino Rise to prevent the extinction of vulnerable species.

To assist VETPAW with their mission, you can donate to their operation online or send your contribution to VETPAW at 41 Madison Ave, Suite 3100, New York, NY 10010. If you want to stay up-to-date on the latest VETPAW news, follow them on social media.