Is VETPAW an African Wildlife Conservation Group or Poacher Hunter? Animal poaching is a highly lucrative black market business that leads to the untimely demise of otherwise healthy animals. Poaching is a long-term problem in Africa because people worldwide use rhino horn for its alleged medicinal properties or purchase elephant ivory to affirm their social status. Wildlife conservation groups like VETPAW strive to end animal cruelty and preserve the lives of endangered animals in Africa. 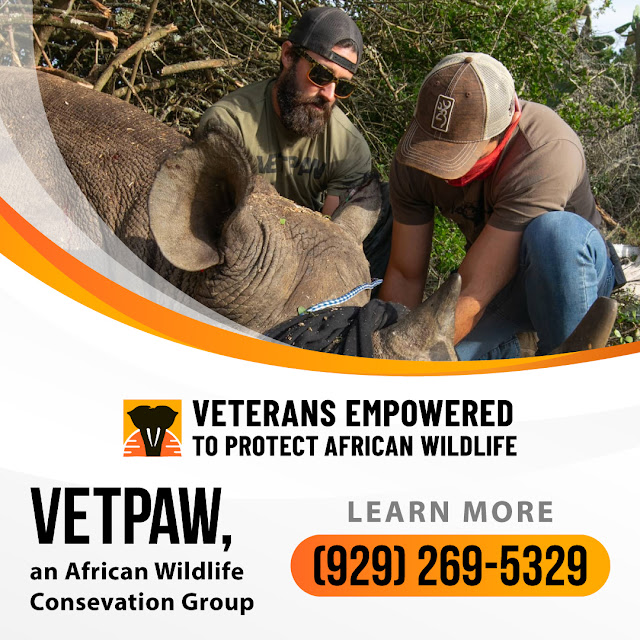 Unfortunately, VETPAW is not without naysayers who view the group, which consists of post 9/11 US veterans, as poacher hunters, not wildlife conservationists. Here is a closer look at the VETPAW controversy and the truth about the organization’s anti-poaching efforts.

VETPAW is a nonprofit organization with a mission to stop poaching in Africa. The group was founded in 2014 by Ryan Tate, a US Marine veteran after he watched a documentary on the negative realities of poaching. Moved by the film, Tate founded the organization and partnered with other veterans with the same passion for wildlife conservation.

A militarized approach to wildlife conservation is not a welcomed idea to everyone. An unfortunate aspect of military personnel working on African parks and game reserves is the fear that their presence may increase the threat of violence and falsehoods about the connection between black market poached goods to terrorist groups.

For example, reports stated that East African Islamist group Al Shabaab used ivory for funding, but this claim is debunked. Some international military conservationists use the threat of terrorism to work in Africa, but there is no connection between poaching and terrorism.

Because VETPAW creates wildlife conservation work for veterans, it has also fallen victim to assumptions about the help it provides. Before working in South Africa, VETPAW protected wildlife in Tanzania and taught park rangers in the Ngorongoro Conservation Area, Serengeti Ecosystem, and the Ruaha Ecosystem, how to perform intelligence analysis, first aid, field tactics, and mission planning. The group’s partnership with local authorities led to the arrest of over 50 poachers, and the destruction of the criminal network that was responsible for the deaths of thousands of elephants.

Unfortunately, a new member of the organization made a “kill some bad guys” remark at a gun show before reporting to duty. The clip went viral online and gave the nonprofit bad publicity.

African wildlife park rangers usually are the only defense animals have against poachers. Poachers often outnumber the rangers and have more weapons and training.

Because members of VETPAW have extensive combat training, they take the time to work with rangers and local law enforcement. They train rangers to be more efficient in their duties and teach them how to keep poachers out of their parks to ensure wildlife safety. For instance, VETPAW workers teach park rangers how to adequately patrol their perimeters and conduct security assessments to identify the park’s vulnerable areas where poachers may gain access.

The group does not condone vigilantism or murder of humans or animals. Their goal is to improve African communities while protecting wildlife. 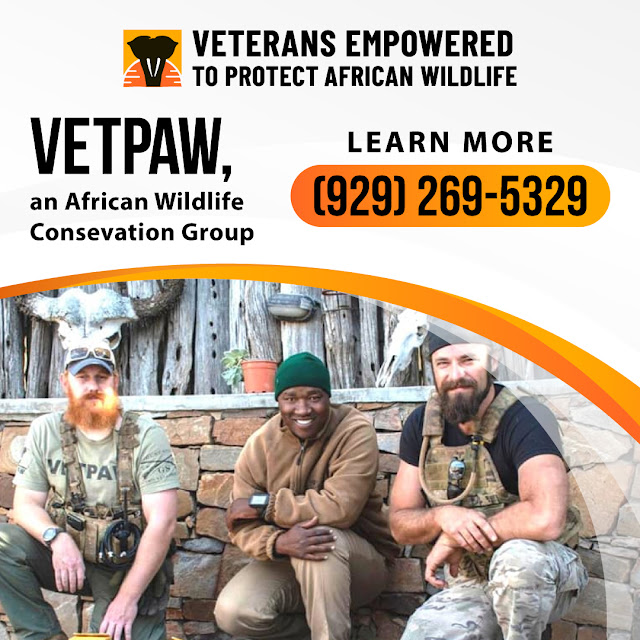 The Truth About VETPAW

The VETPAW controversy mainly stems from a lack of understanding about the group’s efforts to protect African wildlife from poachers. Though the team consists of former US military personnel, they use their combat training and knowledge to assist overwhelmed and under-trained park rangers and local law enforcement in the fight against poaching.

You can join the fight and protect rhinos and elephants by donating to this nonprofit organization. Visit VETPAW online or follow them on social media to learn more about their conservation efforts. You can also send your contribution to VETPAW at 41 Madison Ave, Suite 3100, New York, NY 10010.